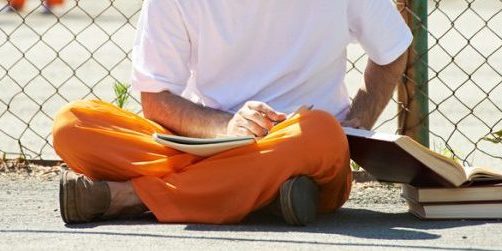 Education has proven to be the key to rehabilitating incarcerated individuals and reducing recidivism, and the first tablet-based education initiative within the correctional system is reporting that it’s been a great success.

Corrections-related service provider JPay has seen more than 70,400 inmates enroll and over 32,000 college credits earned through its unique digital prison education program Lantern since it was launched in early 2016.

Lantern offers college credits for incarcerated individuals through the use of cloud-enabled tablets to provide them with “the opportunity for educational attainment, creating a better chance of success upon release, thereby reducing recidivism,” the company says.

Currently in prison facilities in Georgia, Ohio, Louisiana, and West Virginia, more than four million education course files have been downloaded through the cloud onto JPay tablets, which is a subsidiary of Securus Technologies, a US-based prison technology company. JPay offers three tablet size options: seven inches, 4.3 inches (which is designed and priced for inmate ownership), and 10 inches.

“We believe education is the key to rehabilitation and post-release success. So when we realized we could leverage our extensive network to dramatically expand access to education, it was a no-brainer – we had to pursue it,” Errol Feldman, CEO of JPay, says in an Aug. 16 press release. “And while the program’s success to date has been gratifying, our goal is to extend the digital education revolution to the entire incarcerated population.”

Within the Georgia Department of Corrections (GDC), for example, Lantern has contributed to a 456 per cent increase in graduation rates. The GDC was the first to implement a state-wide digital education initiative using Lantern, giving JPay tablets to more than 50,000 incarcerated individuals. The organization has seen its inmate population in 44 facilities access more than 100 GED prep courses.

And in Ohio, the first three inmates to earn their associate’s degree recently graduated this year from the state’s Ashland University using the Lantern platform.

“JPay’s Lantern created digital education opportunities that never existed,” says Jerry McGlone, interim director of the Gill Center at Ashland University. “Leveraging a virtual classroom platform, thousands of incarcerated students have taken basic courses, earned college credits and received college degrees. These students have real hope and can even continue their education with Ashland University once released, an invaluable advantage in the reentry process. We couldn’t have reached these milestones without a transformative program such as Lantern.”