The secret is out: Montreal is a data centre powerhouse 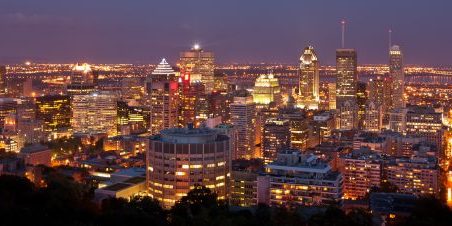 Montreal is rapidly growing a reputation of being a hub for data centre activity, with the top three public cloud providers – Amazon Web Services, Microsoft Azure, and Google Cloud Platform – setting up shop in the region.

It’s something ROOT Data Center president and CEO AJ Byers knows a little about. The Canadian company was founded in Montreal in 2014 with two data centres and has seen the city blossom into one of the best choices for data centres in North America over the last 24 months. Not only is the price of electricity lower than other areas, the province’s overall naturally cool climate gives data centre operators much-needed cost relief as well.

“Up until about two years ago, everyone believed that if you’re going to do business in Canada, it should be in Toronto,” Byers tells CDN. “The pricing in the market at the time was such that the cost of electricity didn’t play a large a component in the overall price of data centre services, but that quickly changed as the industry became more competitive, both in Canada and around the world. Montreal has some of the least expensive power in all of North America, aided by its cooler temperatures, and that’s attracted some of the largest global cloud providers.”

Montreal’s climate helps increase the efficiency of cooling platforms for the computing systems housed in data centres, which generate a significant amount of heat. There’s a concept called power utilization effectiveness (PUE) in the industry, Byers explains, which measures how many kilowatts of energy are needed to run a facility and cool it for every kilowatt used per computer.

“Over the last number of years, we’ve seen PUE become a critical element for data centres because it drives the net cost of the service for many large-scale providers. Root has implemented a free air cooling technology system to drive down our PUE to one of the lowest PUE’s in the world, and that’s because we’re in Montreal. It ultimately drives down cost while being energy-conscious,” the executive of one of Canada’s largest data centre providers points out.

He adds that most large-scale companies are also looking for ways to be greener and more environmentally-friendly, which is another box ticked by Montreal. Over 97 per cent of power produced in Quebec is renewable thanks to an abundance of hydroelectricity and wind, and the province is also recognized as having one of the most reliable systems in the world by the North American Electric Reliability Corporation.

The city’s close proximity to world-class cities like New York and even Europe across the Atlantic has also boosted its profile. ROOT owns one of the largest data centres in Canada, a 50-megawatt facility approximately 15 minutes away from Montréal–Pierre Elliott Trudeau International Airport for ease of access.

And with new or emerging technologies sweeping the globe, Montreal has solidified itself as a tech hotbed as well. The Montreal Institute for Learning Algorithms recently opened its doors, for example, and is leading the way in artificial intelligence research. Its expertise seems to be rubbing off; ROOT has begun using AI to manage its enormous facility and proactively sense any issues with its generators. While not a Canadian company, Root has partnered with the San Jose-based startup Litbit for the project and uses its AI Personas, which listen and learn to augment the data centre’s core maintenance program.

“When you build a 50-megawatt data centre, you end up with 80 generators surrounding the facility to make sure a power outage never brings it down. But no one operator can physically go and monitor all those generators effectively, so that’s why we turned to AI. I would say it can hear things that the human ear would never hear and earlier, too; it’s better and faster at catching problems and alerting technicians than if an operator was standing beside a generator,” Byers says.

He believes tech like AI will help the data centre industry continue to grow moving forward. Byers is a 20-year veteran of the sector and says the market in Canada has grown every year in line with global growth rates – if not slightly faster – and especially picked up in the last three years.

Technavio’s market research predicts the global data center market will grow at a compound annual growth rate of close to 11% between 2016 and 2020. This is in large part thanks to the shift to cloud ecosystems and away from traditional on-premise technology.

“We’ve seen a massive transition from what was traditional technology deployment by most businesses to the huge adoption of cloud technology, which has meant the data center has really shifted from the small retail implementations to more larger scale technology company implementations. The size of opportunity for cloud companies and solution providers, whether hyperscale or mid-tier, has gotten and will continue to get much larger,” he foresees.

As CDN covered in its February digital magazine, 2018 is the year cloud goes mainstream, and ROOT certainly seems to be proving this point.