The top five most read stories of 2017 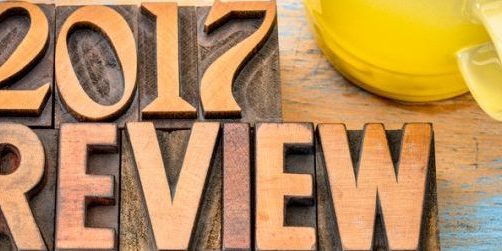 As 2017 winds down, CDN takes a stroll down memory lane to see what were our most popular stories of the year. To no one’s surprise, most of the top headlines involve leadership changes, bankruptcy announcements, or disruptions.

This was huge news for the channel in the first half of the year. Cisco Canada president Bernadette Wightman was the first woman leader of Cisco’s Canadian branch and had been with the company since 2014. The well respected and experienced Rola Dagher left her position as vice president and GM of Dell EMC, which was a big blow to the company but a major win for Cisco.

2017 was not kind to many companies, and Avaya was hit hard almost right away. While rumours swirled for months that it would file for bankruptcy protection under Chapter 11 of the US Bankruptcy Code, the announcement didn’t come until the new year. The Canadian branch was not included, but its business was still shrouded in uncertainty. This story has a happy ending, however; Avaya recently announced it had completed its debt restructuring and has emerged from Chapter 11.

Another bankruptcy story, but this one involves a longtime Canadian computer hardware retailer that never quite made the digital jump successfully. The BC-based NCIX had been in trouble all year but it all came crashing down in December. This is also the most recent story in our top five, meaning it caught the interest of CDN readers almost immediately and drove significant traffic in the last couple weeks of the year to make this list.

Newly named Dell EMC Canada channel chief Deanna Thomson used some of her first moments on the job to inform Canadian solution providers about the company’s new partner program thresholds. Any partner program updates are important, but this was seen as especially good news by the partner community because thresholds and training requirements were lowered. Dell EMC spent the year making sure its partners were aware of the changes and informed of their tier status.

World Wide Technology (WWT), one of the largest independent US solution providers, finally put down roots in Canada in the early part of 2017 after years of denial. The Canadian channel market is fairly small compared to its southern neighbour, so this was seen as a big disruption. One of the earliest American independent solution providers to enter the Canadian market, CDW, has been number one on CDN’s Top 100 Solution Providers list for the last four years, so there are high hopes for WWT in the country.