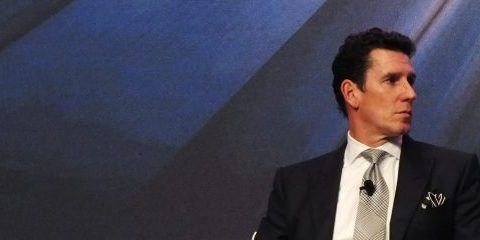 Sean Forkan recalls a business partner congratulating him on his new role with VMware Canada a year-and-a-half ago, only to be told right after that they were taking their business elsewhere.

“When we came in we found a channel that was disenfranchised with us,” the vice-president and country manager of VMware Canada told reporters at this year’s Dell Technologies Forum, adding the message from partners was often “We can’t make any money off of your portfolio and we don’t trust your team.”

At the time, VMware and its parent company EMC was facing intense pressure amid Dell’s pending $67 billion buyout of EMC, resulting in a significant restructuring phase that led to 800 job cuts across the organization. The ripple effect inevitably hit the Canadian business. The Hamilton Spectator reported nearly 100 people were let go from the VMware Canada’s technical support office in Burlington. Forkan came in early 2017, joining Tara Fine, who was hired as VMware’s new senior director for channels just a few months prior. He described VMware’s Canadian business at the time as complicated and split in two, East and West, with most of the business concentrated in Central Canada.

“The results weren’t that great when I arrived here,” he said. “It was a rebuild job…I’ve had a few of those over the years.”

One of the first things he helped put in motion was a new management model that was more regional-based, ensuring partners across the country had a VMware field representative to turn to. Training frontline staff to think channel early on in the sales process was a big focus area, said Forkan.

“Channel isn’t just Tara’s issue, it should be every leader’s issue,” he said.

A greater emphasis on teaming agreements has also helped turn the tide for the Canadian business, according to Frank Rauch, vice-president of Americas partner organization for VMware. Teaming agreements were announced at VMware’s Partner Leadership Summit in Scottsdale, Ariz. earlier this year. Canada, he said, was very well represented. In the end, the agreements allow for two-way relationships between a partner and VMware, or three-way relationships that include Dell EMC. Fine indicated the three-way options have been more popular.

“We have 1,000 teaming agreements that been completed in the Americas,” he told reporters, adding that number hasn’t been broken down further for Canada. “But whether it’s Dell, Softchoice or Longview, our partners have bought into this.”

“We’re in a quiet period right now, but over the last year with new leadership, we’ve seen a great turnaround,” said Rauch.