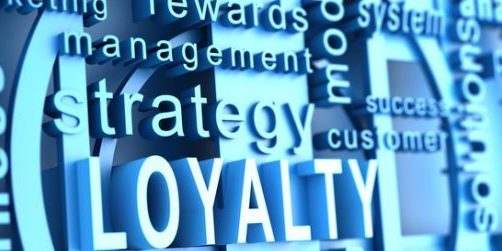 The US-based software company’s existing program was developed over the course of almost 20 years and was complexly made up of five independent modular programs within it, according to Paul Fecteau, managing director of worldwide partner programs, operations, and compensation at Citrix.

This overhaul is meant to simplify the program’s structure and processes as Citrix focuses on moving to the cloud. “We want to accelerate our partners’ profit and profitability in the cloud so we simplified the structure of the program itself,” Fecteau tells CDN. “We also simplified all the associated processes; for example, the process of applying for a deal registration now is much easier. Literally, partners don’t have to understand the elements of the program anymore. What they have to understand is things about their deal and things about their customer. By providing us some basic information, our system is now smart enough to know exactly what incentives, discounts, they would be eligible for.”

“We want to reward for those same behaviours in our new program, but make it easier to understand and easier for us to administer. We’ve collapsed those five programs into one program, which now has two discount elements and one back-end rebate element that’s a quarterly rebate,” Fecteau adds.

The two new discounts include Spark, which rewards identifying new skills opportunities, and Drive, which rewards delivery value selling activities. The back-end quarterly rebate is known as Accelerate and is available only for Citrix’s platinum and gold partners that have at least one core specialization.

“When a partner brings a deal to closure, there’s many things that have to happen after you find an opportunity. Spark is you finding an opportunity. Drive is you bringing it to closure. Those are value-selling activities. That is very akin to our current Citrix Advisor Rewards program [its value-added selling program], which basically rewards for the same thing,” he says. “Accelerator rewards our partners who have invested in their medallion status by getting themselves specialized and certified in our programs.”

What qualifies for these rewards?

There are two elements that Citrix pays this quarterly reward on: selling Citrix cloud services and growing product sales with Citrix.

“Selling Citrix cloud services for quarterly rewards is pretty self-explanatory, and growing product sales is straightforward too. It can be any type of product, like if a partner sells nothing but on-premise, that’s great. As long as they grow their business by the appropriate amounts, then they get this rebate. It can be somebody who sells both cloud and on-premise product or somebody who sells only cloud. The idea here is that growth is good, and we want to reward for it,” Fecteau points out.

The upgraded program also speeds up approval process of deal registrations because it involves less human intervention, which often slowed down the old system.

“In the new program, there is level of automation; certain deals will be literally not touched by humans. They’ll be automatically approved or disapproved, so partners will have instant responses,” explains Fecteau. “Some deals will still need to have human eyes on them, however, based on deal size thresholds.”

Every geographic region has different thresholds for automation, he continues, but in general, low-dollar deals will be automated while high-dollar volumes will require some sort of human oversight.

Built with partners in mind

Citrix built this new program with its partners, spending an entire year consulting with them on industry best practices and emerging technology like cloud to determine the right way to go with the new consolidated system and processes.

“We built the program with partner profitability in mind, and we also built the program to really excite our partners about moving to the cloud and driving cloud-enabled products. It will be very apparent to them that the more products they sell, the more money they’re going to make. To me, that’s what’s really exciting, and our partners have told us that,” Fecteau says.

He concludes by saying that streamlining this program is a reflection of an ongoing trend for Citrix itself.

“Our partners heard a lot about simplification at our partner summit recently. This is probably the first real big transformation, and we’re going to continue to talk about it for the next little while. Our services organization is going through a similar journey right now, for example, and we want partners on board with us the whole way.”