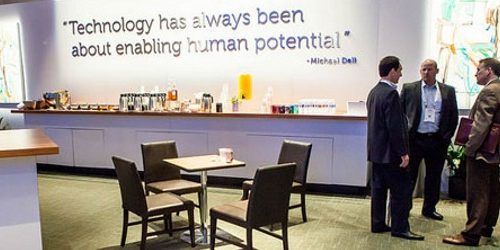 “John’s experience adds to the already strong channel DNA in both Dell and EMC, and I firmly believe we are well-positioned to create the industry’s best channel sales and programs teams,” Haas wrote. Prior to his position with Dell, John Byrne spent more than 20 years with processor manufacturer AMD.

As Dell’s global vice president of sales strategy, planning & channels, Byrne has not only been running the company’s channel business, but optimized its route-to-market strategy, Haas wrote, noting that despite his short time there, Byrne has effectively managed Dell’s relationships with global systems integrators and distributors, and also led the team responsible for implementing the company’s integrated sales planning process.

During his 25-plus year career with processor manufacturer AMD, Byrne not only managed his former employer’s partner program and channel and sales team, he held executive positions including senior vice-president and general manager of AMD’s client and graphics business unit; and as chief sales officer, led the company’s global sales and marketing teams.

Before arriving at AMD, he also founded and sold two channel companies based in Europe.

“As I step into this new role, I’m excited for the enormous growth opportunities our new combined company will offer you, our partners,” Byrne said in a statement published on Haas’ blog post. “Over the next few weeks and months as I move into this position, I’m looking forward to meeting with each of you to solicit ideas and feedback as we work together to create more customer value than any other solutions provider in the industry.”

Since announcing its $67 billion USD purchase of EMC last year – presently the largest acquisition in the IT industry – Dell has made no secret of its efforts to ensure the transition will be a smooth one. While the deal has yet to be finalized, EMC shareholders are expected to vote on the acquisition this summer, and the deal itself is expected to close by the end of October.