Five routes to market Cisco plans to take in 2018

Customers are now demanding that channel partners become experts in their field so they can deliver the correct business outcome for the marketplace.

Bahr confirmed to CDN what most executives in the channel already know that IT budgets are not big enough to handle digital transformation today in terms of infrastructure.

But there is budget to be had in the line of business decision marker. “This is the sweet spot for Cisco partners. Collectively we uncover more budget here and its still tied to the strategic outcome of the customer.

The line of business trend has become the No. 1 change for Cisco’s channel in terms of its go-to-market motions. Bahr added that she has seen deal sizes grow by five to seven per cent in the line of business. “We become more relevant and it takes us out of that commoditized sales process,” she said.

But line of business is not the only route to market for Cisco. Bahr told CDN that the networking giant has developed four other routes.

Cisco channel chief opens up on VIP and the digital transformation 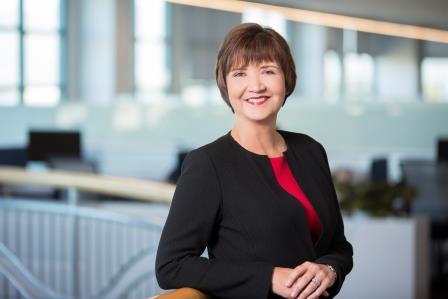 Bahr’s concept here starts with the notion that going digital is a “route to profit.” Solution providers looking to expand their portfolio but are challenged by the acquisition costs or fit will partner instead with an independent software vendor (ISV) in healthcare or retail.

“The primary route is through the channel. We are very loyal to that route but the one that is coming up strong is a multi-partner route because the they know the digital strategy and in combination with an ISV can produce the right outcomes to address the market,” she said.

No. 3: IT Service Provider Route

This route was designed for the Internet of Things. In this route, Bahr says, expect to see new partner types who have a sole focus on IoT. They also wrap Cisco solutions around the IoT project. Cisco is working to bring this route to more vertical markets. Some of these partners are non-traditional. For example, GPS maker TomTom recently partnered with Cisco to build a solution for the way people drive cars.

The idea of a cloud marketplace is a profitable route to market. Ingram Micro and Tech Data already have these marketplaces in place. AWS has its own marketplace. Azure is building its too. Bahr believes there will be many of these cloud marketplaces and Cisco’s software portfolio will play a role in them specifically for customers who need to get to the public cloud quickly.