HPE completes its fourth acquisition of 2017 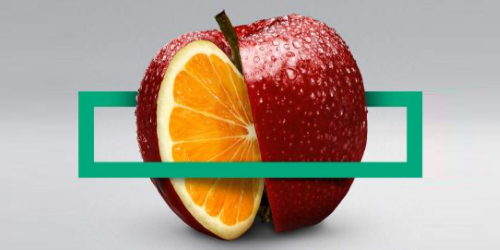 Hewlett Packard Enterprise has been busy in 2017, completing this week its fourth acquisition of the year.

First announced in early March, HPE has now completed its $1.2 billion acquisition of San Jose-based predictive all-flash and hybrid-flash storage solution provider, Nimble Storage. Under the terms of the deal, HPE will be paying $12.50 USD per share in cash, closing at $1 billion in addition to assuming Nimble’s unvested equity awards that value at about $200 million.

HPE was looking for an answer to its lack of all-flash storage options, and it found one in Nimble Storage. The company plans on integrating Nimble’s current predictive flash offerings with complementary 3PAR solutions and MSA products. Nimble’s InfoSight Predictive Analytics platform will also be added throughout the entire HPE storage portfolio.

The Nimble Storage acquisition is just HPE’s latest. In 2017, the Palo Alto-based company has also announced acquisitions of Niara, Cloud Cruiser, and SimpliVity.

HPE acquired Niara in early February. The Sunnyvale, Calif.-based company is considered an emerging talent in the User and Entity Behavior Analytics (UEBA) security market segment. It will operate within HPE Aruba in order to “enhance the company’s ClearPass network security portfolio for wired and wireless network infrastructure.”

HPE hit the floor at a full sprint in January, acquiring both Cloud Cruiser and SimpliVity in the same week.

The company acquired the San Jose-based Cloud Cruiser to improve its Flexible Capacity offering in the company’s Technology Services portfolio. Cloud Cruiser brings to the table an IT infrastructure consumption analytics application that “provides clear insight into IT usage and spend and helps customers more effectively plan and manage their IT systems.”

The terms for both the Niara and Cloud Cruiser deals were not disclosed.