TORONTO – 130 days have passed since Rola Dagher was named the new president of Cisco Canada replacing Bernadette Wightman. And, in that time Dagher has chosen to listen rather than act.

Dagher who has spent more than a quarter century in the Canada IT sector lastly with Dell EMC Canada told CDN not much has surprised her and she is dealing with the same people, customers and channel partners.

“I wanted a strategy that was simple. So, my first 30, 60 and 90 days was all about listening and learning,” she said.

One thing Dagher is keen on is going deep with channel partners. She revealed at the Cisco Connect Toronto show that Cisco Canada deals with 1,675 channel partners and that strengthening those relationships is a top priority.

“I’m charging 150 per cent forward with the channel partners. About 95 per cent of the business goes through partners and I will be working to enhance that and improve how we do business with them. It’s about providing value and focus on the solution especially today as everyone is transforming. Partners need to take the same approach as the market,” Dagher said.

Click here to watch a video of Dagher for the Cisco Connect Toronto show.

Cisco preparing for a world defined by connectivity 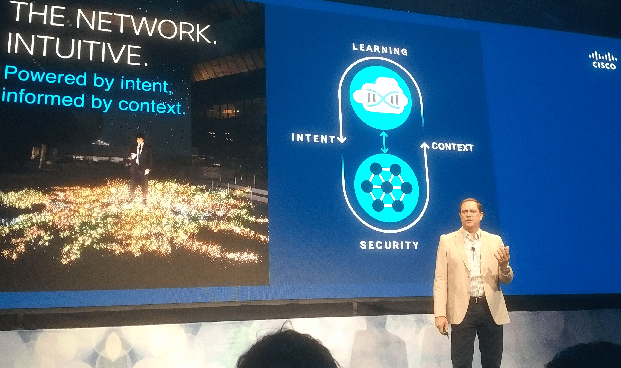 She also did not think it was wise to come in and start to make changes especially when it comes to Cisco’s channel network in Canada. Dagher said that approach usually does not lead to success. Instead she wants to go deeper and wider with partners and help them make an impact on the Canadian economy.

Dagher’s predecessor Wightman made digital transformation a huge priority for the Canadian operation and Dagher plans to continue this work. She said, digitization is more than a buzzword in the industry and in the past 25 years she has not witnessed the same level of market disruption as she has seen in the past two.

“I would love to find who the next big disruptor is and with that we are making new partnerships across the board with the leaders in each industry,” she said. If there is one area of focus Dagher will bring more effort to; it is in security. Dagher said partners should be leading with security because every single discussion she has had with customer IT decision makers has started with security.

She added its one of the reasons for the launch of the Cisco Intuitive Network solution and going forward security will be built into all Cisco products. “We are driving this hard.”

“Our 2018 strategy is all around the Intuitive Network and this is not just about pushing boxes. It’s more about the solution with security and software. This strategy is from a global perspective and what we are doing is Canadianizing it. And, we just got started,” she said.