Open Source in the IoT world 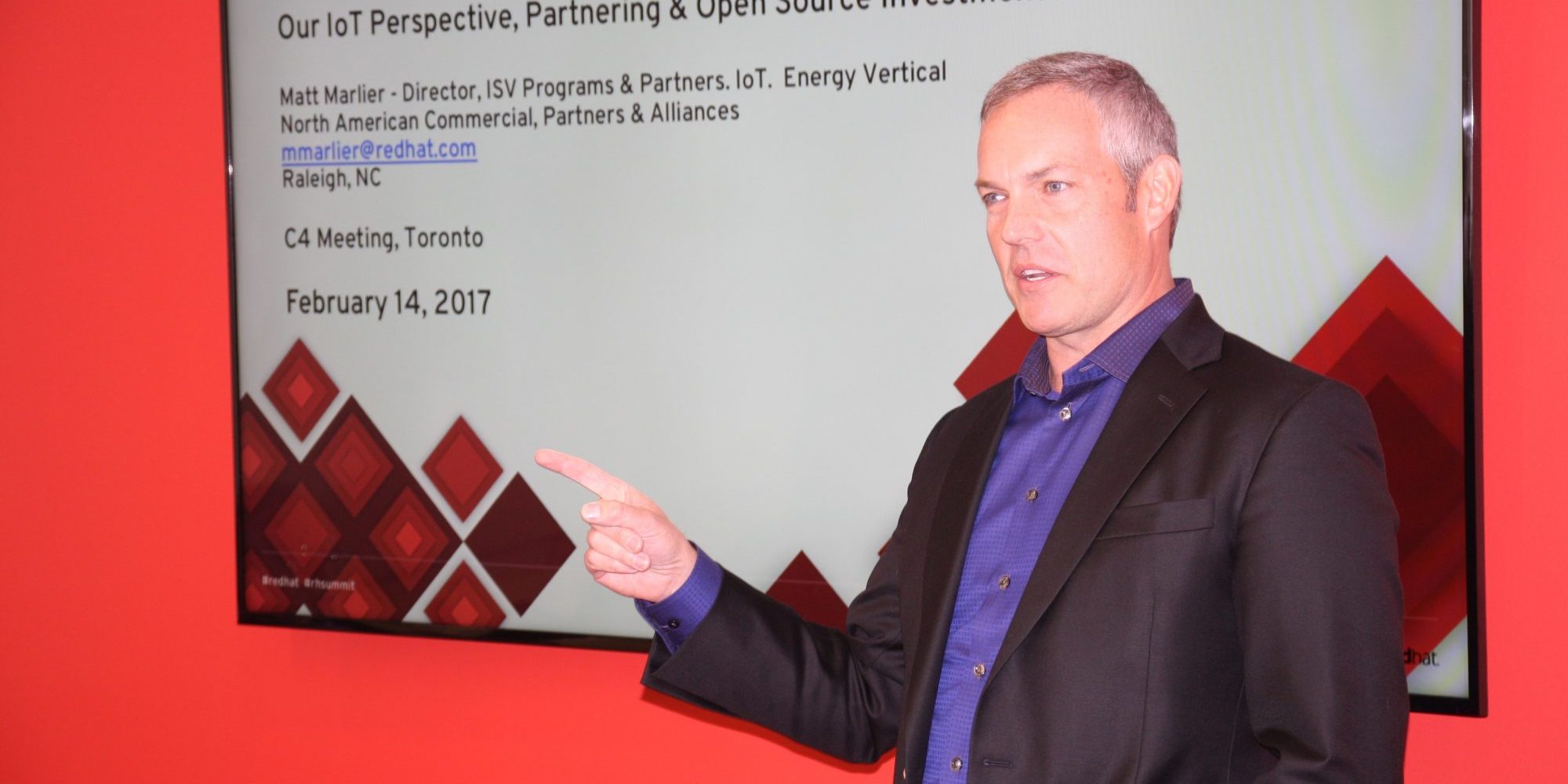 When it comes to the Open Source opportunity within the potential of Internet of Things Matt Marlier, the director of ISV programs and partners for Red Hat suggests “follow the data.”

How does Open Source fit into the close to $20 trillion IoT business opportunity today? During Marlier’s keynote presentation to the board of director of the Canadian Channel Chiefs Council, he said there are literally millions upon millions of open source projects in the world and all of those need to run on a server somewhere or in the cloud. “We are not out there alone,” Marlier added.

By following the data, Red Hat has been able to help enterprises and channel partners collect, communicate, transform, store and act upon critical data generated by the IoT solutions.

“We do not make money on the edge. What happens with Open Source is it’s done from the edge all the way back to the data centre,” he said.

Marlier cited this example. An app on smartphones can capture million if not tens of millions of downloads and send data back to the data centre, which then goes into a storage closet. More than likely the organization does not have the bandwidth, processing power or storage to anticipate all that that activity. Approximately, 90 per cent of that data is not needed nor does it need to be viewed by someone. The remaining 10 per cent is what matters. And, this scenario is typical of most banking transaction.

The entire solution set is capable of:

·       Connecting operational technology to enterprise IT;

“What we are doing with data is bringing the core value and intelligence back,” Marlier added.

But Red Hat’s IoT strategy is not solely built around sensors. The company has positioned itself to the enterprise space and from their it assesses IoT strategies. Again, as Marlier points out, it tries to follow the data to see where it can add value.

“We are the glue in the middle that no one touches,” he said.