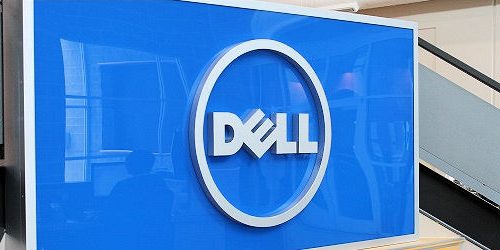 NIAGARA FALLS – A week has passed since Dell officially closed the EMC mega-blockbuster deal and created the new Dell Technologies.

At the 2016 Dell Canada Partner Summit executives from both companies outlined several changes channel partners need to know about.

However, one of the key messages delivered by Dell Canada president Kevin Peesker is the Dell EMC integration is a fluid process and expect to see more changes going into 2017.

It is interesting to note that Dell Technologies is the umbrella organization and it has only one employee: Michael Dell.

Together Dell and EMC are a $76 billion organization that serves approximately 90 per cent of the global Fortune 500 along with millions of SMB customers, and all the G20 governments. It will now sport 140,000 employees and holds 20,000 patents.

One of the big leadership announcements is the president’s role is essentially split with Peesker remaining Dell Canada president, while Mike Sharun is the president of the Dell EMC Enterprise Group.

Peesker described the coming together of Dell and EMC like peanut butter and jelly. Peesker’s mandate will be the commercial group. An interesting go-to-market change will occur with Dell EMC. In the past both vendors worked on product go-to-market. That is changing dramatically as both the commercial and enterprise units will now operate on customer size such as enterprise and SMB.

That means a higher emphasis on channel partners. Both Peesker and Sharun told the audience at the Dell Canada Partner Summit 2016 the new company will be increasing its indirect business. Currently, the EMC side is already at 80 per cent indirect, while Dell is at 40 per cent.

Dell Canada channel chief Tara Fine told CDN the channel mix from a Dell standpoint in storage is much higher than 40 per cent. “The more complex the sale or the longer the sale cycle the more value partners are bringing. So I think you’ll see that going much higher in the enterprise space,” she said.

One of Dell’s top channel leaders Frank Vitagliano told CDN the channel philosophy has not changed now that the two companies are together. “What I think is significant is when we work with the EMC team we figured out we were quite similar. The philosophy is how do we best satisfy our customers and enable them to get the service and support they need,” Vitagliano said.

Priority one for Dell going forward is to provide a clearer road map from a Dell EMC perspective to the partners. In the week that just past Vitaliano’s team found only a 22 per cent overlap in customers.

Both Dell and EMC channel teams will continue to be in place and will operate separate programs. The MDF policies will also stay the same.

Deal registration will also stay put and all passed deals are being honoured.

But in February of 2017 expect Dell to introduce one single umbrella program with a new tier structure.

“We’ve not figured it all out yet. We’ll have tracks for client server, storage and other elements. We will also figure out rewards for selling across the entire portfolio,” Vitagliano added.

The company’s distribution strategy might alter. Currently Dell has partnerships with Ingram Micro, Tech Data and Synnex. With EMC in the fold, Arrow is now part of that list. Vitagliano said part of his job is to look at if all four map out well globally. He would be looking for overlap but that’s not the only thing. In country status and the right levels of capacity and support will also play a pivotal role in the evaluation.

“There is still a lot of work to be done on this. The whole deal is not to satisfy distribution, but the channel in acquiring products that makes sense to them,” he said.