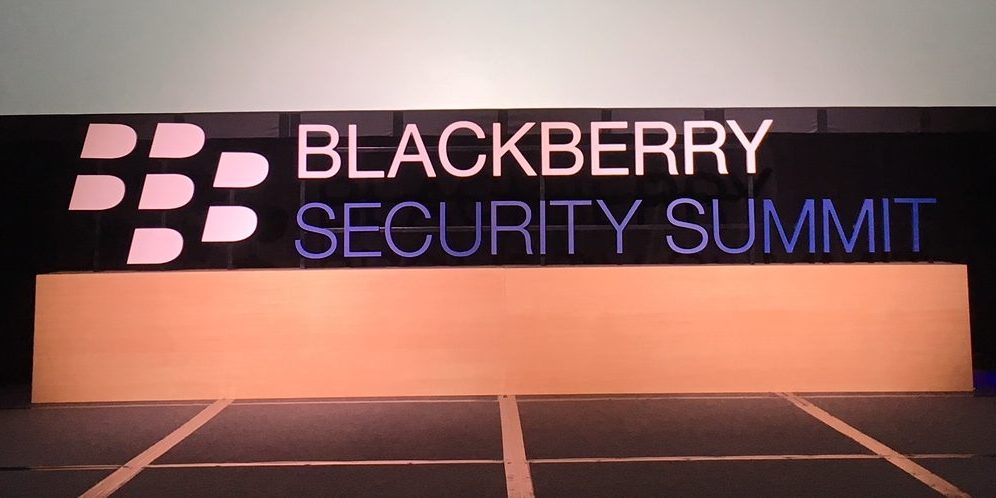 NEW YORK – BlackBerry is back – this time as a software company – and it’s focusing on growing its channel strategy as a way to strengthen its cyber security solutions.

Speaking during his keynote at the company’s fourth annual Security Summit in New York City, CEO John Chen explicitly commended BlackBerry partners for their great work and assured them that expanding the channel is a priority going forward. John Chen, CEO at BlackBerry, speaking during his keynote at the BlackBerry Security Summit in New York.

“We are a software and security company, but to create a solid cyber security strategy, we need a robust channel strategy,” Chen explained to the 700-plus person audience. “BlackBerry is focusing on the channel, and we’re making partners, whether go-to-market, value-added, system integrated partners, or anything in between, a priority.”

The performance of BlackBerry partners has been reflected in the company’s record financial year. Not only has it achieved record software and services revenue and record gross margins, it also attained non-GAAP [generally accepted accounting principles] operating profits across all segments and is worth $2.5 billion USD in cash, according to Chen.

In terms of channel results, BlackBerry’s enterprise channels space grew 75 per cent year over year (YOY), while its technology solutions channel grew by 25 per cent YOY.

From mobile devices to securing everything

BlackBerry has done a dramatic shift from being one of the world’s most well known mobile device manufacturers, to becoming one of the top global software and security companies.

“The narrative has really transitioned from cell phones to mobile security to a broader cyber security conversation to now securing more than just cell phones. With the Internet of Things (IoT) and connectivity on the rise, we need to be able to secure everything,” Chen said.

BlackBerry has put together a comprehensive security platform, he continued, which can be embedded in devices ranging from phones to vehicles.

When it comes to “getting back on top” in the mobility space, Chen noted that it will rely on channel partners to help it regain ground.

“This whole cyber security and mobility security space is really just a game of cat and mouse; you can never always be at the top. There’s always some give and take; ebbs and flows,” he said. “However, we feel comfortable saying that we’ll continue to be a major player in security and we’re relying on our channel and partners and their reach to get back on top.”

In the keynote, Chen also pointed out that with its “tremendous amount of technology”, the company is looking into blockchain technology moving forward.

“Cryptocurrencies and blockchain are definitely on our to-do list,” he expanded. “We haven’t done a lot of work yet and we don’t have it today, but it seems like a simple thing to incorporate into our platform without a lot of effort so we intend to do it.”