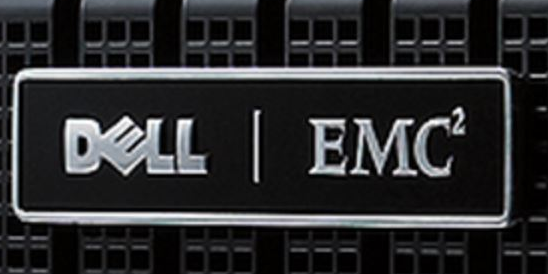 As reported by CDN, the Partner Direct name has been retired in favour of the simply Dell EMC Partner Program.

Many of the main elements of the new partner program has been covered by CDN since last November. You can read those stories below:

Dell EMC will consolidate down to one channel program

“Crushed it!” That was the comment made by Cheryl Cook, Dell EMC’s new vice president of global channels and alliances, to CDN describing the unified channel program. Cheryl Cook, the VP of global channels and alliances for Dell EMC

In the new program channel partners will see rebate increases, Cook said. “There is no question rebates will be going up. If you look at the earnings opportunity for a Titanium partner who’s focused on storage they’ll get a base rebate of four per cent. Last year in the EMC plan alone it was two per cent. If you grow past the growth target…say $20 million…now they’ll make 10 per cent. Include some services and you get an additional one per cent. If it’s a new logo sale add another eight more points,” she said.

In total, a Titanium partner can hit a smidge under 20 per cent margin if they hit all areas in the program.

“This program is a go big and go win play. This is a richer program than Dell by itself and EMC by itself,” Cook added.

The new program comes out on day one of Dell EMC’s fiscal year start. The company had to perform a channel partner audit to evaluate solution providers in North America to determine their status. From there, Cook said, the channel team worked to match all those channel partners to the new model.

With that there will be a new revenue requirement for all tiers along with training and rebates. Cook said that Dell EMC is going to give all partners a year to run with this new model before the channel team looks to make any changes.

Path one for Titanium partners have revenue ranges between $80 million to $100 million. Cook said the company wants to ensure they get this right and will review the results after six months to see if they got it correct.

Path two will be at $25 million. Regionally these revenue requirements may change, Cook went on to say.

Cook outlined the paths where the company attempted to address both big and small partner needs. This path also acknowledges that not all partners are made the same. Cook said that while the company is encouraging partners to sell multiple lines they recognize some will focus on storage and others will focus on client solutions.

Path one also has a concerted effort to bridge the gap between channel sales and direct sales. Dell, the one-time direct sales leader, are putting services areas such as maintenance and warranty strictly in the channel bucket. New rebates will be offered on services too.

Those partners who are adept at selling to the line of business decision maker and are able to expand into server, networking, storage and other solutions will also get additional rewards. Cook said that the program is more predictable for these types of partners, while also being separated from direct sales competition.

The global portal for partners will also feature a single sign on deal registration area. This portal will give partners a full view of all marketing campaigns along with a rebate calculator.

A first of its kind partner dashboard will give partners a view of where they are with revenue requirements, rebates and managing MDF dollars. It will also indicate when they will get paid helping partners with their cash flow management, Cook said.

From a channel marketing perspective, Cook told CDN expect to see more joint events in 2017 with the channel. The company is committed to hosting more Dell EMC Enterprise forums featuring partners this year.