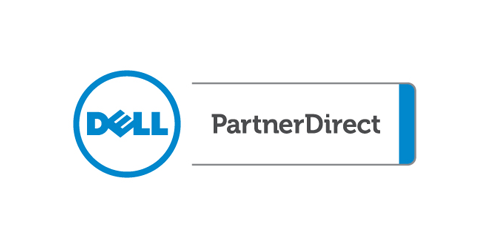 Technology vendor Dell is reporting success encouraging partners to go deeper with the company and move up in its partner program, and is also set to unveil new software-related competencies this fall as it integrates the fruits of several recent acquisitions.

In a recent conversation with CDN to discuss Dell’s channel progress at the end of its fiscal second quarter, Dell’s worldwide channel chief Greg Davis said in Q2 the channel business had grown to 1/3 of the vendor’s overall commercial revenue. A particular area of focus has been increasing the number of partners moving beyond the registered level of Dell PartnerDirect, and making the investment to become preferred or premiere partners.

Davis reported growth on that front, with a 14 per cent increase in partners at the preferred or premiere level, to over 4,200. Reaching that level means partners have invested in training and certifications with Dell, and committed to meeting certain revenue targets. And Canada is somewhat ahead of the global pace, growing from 173 upper-level partners a year ago to 205 by Q2, good for a 20 per cent increase.

“This is the focal point of what we’re trying to do,” said Davis. “We believe tactically it’s the best way to build the channel business for the long-term.”

Much of the partner growth has been focused around Dell’s data centre business, as partners earn competencies in data centre-related skills such as servers, storage, networking and security.

Globally, Dell partners registered 76,000 deals, up 14 per cent year over year, and 72 per cent of opportunities were approved by Dell. Some 110,000 training courses were also completed by partners, and Davis said they’re on track to deliver 250,000 courses by the end of the year.

“This really signifies the investment partners are making with Dell, because training is time-consuming,” said Davis. “They wouldn’t invest in becoming trained in our solutions if they weren’t interested in a long-term relationship with Dell.”

Davis said Dell’s channel growth at this point isn’t new partner recruitment, which isn’t much of a focus for the vendor anymore. Rather, the goal is to help more Dell partners climb the PartnerDirect ladder.

“We think we can clearly double the number of (preferred and premiere) partners without them stepping on each other in the marketplace; we have a lot more work to do elevating the skills of our current partners,” said Davis. “Our focus is on our existing partner base.”

When he’s talking to partners about opportunities for investing in skills and competencies, storage is one area that’s often discussed said Bob Skelley, executive director of channel marketing and programs with Dell.

Compugen and Dell bring zero client environment to BC university

“I’m trying to inspire partners to invest more on the storage side. We have a really robust community of storage partners, but I think the market could tolerate more without partners overlapping around such a robust opportunity,” said Skelley. “For the most part though we’re not pushing in one area or another though; we’re asking partners where they want to invest and taking them down that path.”

And one path Dell partners will be looking closely at is software. Dell has made several key-related acquisitions recently, including Sonicwall, Quest Software and AppAssure, and as these companies and their partners are integrated into PartnerDirect, Skelley said Dell is rolling-out several new software competencies beginning Sept. 3.

“We’re bringing them into one Dell so it’s one program, one voice, one investment,” said Skelley.

The new competencies will launch Sept. 3 in North America and Europe, with new related course curriculum and training to help bring partners up to speed. Skelley noted that, recognizing that average selling prices for software solutions can differ from traditional data centre hardware solutions, Dell has worked with the channel to develop lower revenue thresholds attuned to the software business models.

“It’s a great opportunity for partners to invest with Dell across these new software areas,” said Skelley. “We think we’ve built something that will be exciting for the channel community.”

“We share those competencies. Quest had a good footprint in Canada; they were brought into PartnerDirect and many have already expanded beyond their first partner specialization, taking on new competencies such as servers and storage,” said Philippe.

Dell will also be building a managed services partner program within PartnerDirect, beginning in the software space. Quest had a legacy MSP program within its business that is coming over to Dell, and it will serve as the base as Dell builds its own SaaS program for partners and expands it into other areas of the business.

“Our vision is to be more expansive. We’d like to take it from the Quest SaaS model to a broader range of products and services available as a service for partners to build a business around,” said Skelley. “There’s still some work to be done. We’ll build it off of Quest’s successful program, and focus initially on those software properties easy to deliver in a SaaS model.”